“Did you have it planned this way all along?” The Editress asked when she finished her work on Boone 7, Novel 15, Two Years With Master Quan.

Boone’s first and last adventure takes place before all her others, as an origin story that explored the questions to which I needed the answers. We met her at her worst, and say goodbye to her here on the threshold of the life she envisioned, pursued, and afterward endured.

Along the way, I learned to love her just a little more, and by its end pitied her as youthful enthusiasm sets her on a path to what Jon Anthony’s ancient Arab poet declared to be The Anvil of the Craftsman. It’s already been called her best yet. See what you think, and then let me know. Today it is in effective full release.

“It is 2004. After earning a PhD in Physiology, academic prodigy Rebecca Boone Hildebrandt, drawn to Vietnam by her lust for adventure, nears completion of another two-year course of study. Here, her instructor is a master of martial arts and former wartime-era associate of her father.

After drug traffickers expanding their operations force a confrontation with the righteous old man, operatives of the West draw him into another covert war. Thrust from a study of martial arts into their most serious application, Boone joins a face-off against a hardened criminal organization backed by local communist beneficiaries.

In their frustration, an opposition seeking to prevail proves desperate enough to kidnap an honored patriarch of his village. Boone, one French DGSE asset, and an agent of the American CIA stand as the last hope for his release from the center of a trap set just for them.” 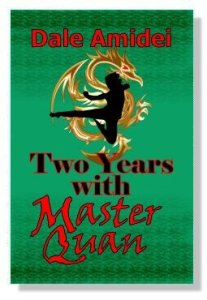